Why hello again Friday. We have been waiting for you… okay, some of us have. Regardless of who has been waiting it is time for Faceless Friday.  Faceless Friday is where I list out the awesome of the past week, or more specifically things that rocked my face off.  Lets begin.

Self love, or at least acceptance.  I am working on this and this past week proved that many others are as well. It is something that we all struggle with and I am grateful I was able to put some of that into words in my last blog post.  The response was so overwhelming that I have indeed corrected negative talk in my head, if not only to be a better person for others. Craughers are holding me accountable and that rocks my face off.  In case you want to read said blog here it is: The Courage to Stand Naked

The Beasts.  Because Josie pup thinks that she is a sled dog it is hard for me to walk both of the dogs at once so we have been journeying across town to the fenced in dog park.  Yesterday Nico and Josie raced and Nico won.  I am not sure if people believe that dogs can show emotions like humans, or have human emotions, but Nico dog was sporting some pride after that.  I would have taken a picture but coldness and my fingers do not work.  Another thing that rocks my face off is watching Josie’s personality developing.  She is becoming more loving and always runs back to her momma to tell her all about the adventure she was on (even though I can actually see her the 100 feet away from me).  Watching the dogs run full speed and then be worn out for the rest of the day rocks my face off and makes me feel like I am doing something right.

The Fixer.  You know that commercial where the woman is asking all sorts of random questions and whatnot?  Where she asks her mate if she has weird elbows.  That is like a normal day in the Craughing house and bless The Fixer for his patience and good humor to put up with that.  Aside from handling strange lines of questioning he is also so much more.  It has been a long time since there was a man in my life that deserved respect, and earned it… and the Fixer is definitely one of those type of men.  A real man, one that is both strong and able to communicate feelings and love.  He also doesn’t give me shit about my outfit choices, I mean it’s obvious he does not find them attractive, but at least he doesn’t say that out loud.  For example today I am sporting his large Cubs sweatshirt over a small grey nightgown, with leggings.  I look like a homeless ballerina.

Okay the dogs are harassing me again (for the 10th time in the last half hour because being outside is AWESOME even if its negative degrees out), so let’s jump to the short list:

Layers of clothing and sock hats, Nico waking me up from nightmares, coffee (BLESS YOUR DARK, DARK SOUL), Diet Coke, food, new music, colored sharpies, a doctor that wants me on meds so bad that they give me it for free (because who in the hell can afford $300 a month!?),  a purse in every color (seriously) so that when I want to change purses it feels like I bought a new one, men’s razors, stress relief lotion by Bath and Body Works (ah-mazing!), Josie turning five months old, cell phone service, internet access, Malibu Island Spice rum (70 calories!), George Michael, Old Spice commercials, selling all the things I had online to get money for my doctor’s appointment, acrylic paints, change, the wind-chill (LIES! I AM NOT GRATEFUL FOR THAT!!), good conversations with good friends, and people that love me and show it and tell me!!, and you dear Craughers. YOU are such a gift in my life and I will never be able to express the gratitude I have for each and every one of you.  YOU rock my face off! 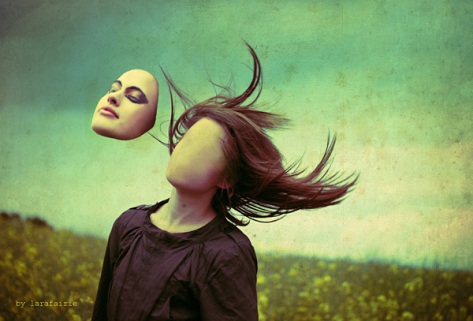