Editor, Local Newspaper:
My name is (insert name of narcissist)  and I am a drug addict. Since I was 15 years old I have been a daily drug user. For many years it never strayed outside of marijuana/alcohol and occasionally hallucinogens. And for almost a decade that trend continued. And even though I was never caught, I wasn’t a positive pro-social part of society.

Throughout my early 20s I experimented with painkillers and slowly but surely it turned to full-blown opiate addiction. At that point in my life I was also dealing heavily and it all caught up to me. After my first run-in with the law it was all downhill from there. I was “on the radar” so to speak.

In and out of jail after that my addiction only got worse and I began to use methamphetamine. I went to prison for two years on a burglary charge that I committed to feed my addiction. And although I completed “substance abuse” within the D.O.C. it was nothing more than a bunch of criminals faking it to make it, to get a time out. I got out Feb. 27, 2010, and was drinking within the first two months. And since I’m not a drinker it slowly lead back to meth. It spun out of control and eventually I lost everything again.

I’ve rebuilt my life from the ground up so many times I can’t even count. Approximately a year after my release from the Department of Corrections I was back in jail on some trumped-up charges that I’m not sure even should be given to a murderer. I am currently incarcerated at the (local) County Jail, and although I made a decision Feb. 23, 2011, to get clean, and have been ever since, it wasn’t enough. I still have to answer to the state.

My cry for help is this: Everyone wants to talk about how awful meth is, and post hideous pictures on billboards to spend tax dollars, when all drug addicts need is for people to sacrifice some time. Here in the (Local) County Jail there are no drug treatment options available when 80 percent or so of the inmates are here on meth or drug-related charges. There occasionally is a gentleman that comes in and facilitates AA meetings, this is rare, and not everyone in the jail has access every time. The man that does these meetings is an older gentleman, that is an alcoholic.

The key to getting people to get involved is relativity. It is a fact that people that have these types of issues can only relate to others that have been there and are recovering. My outcry is that any former “tweekers” or addicts who would be willing to give up a few hours of their week to facilitate recovery meetings inside the jail step forward. This could greatly reduce the turnover rate of this jail, and show some of these troubled souls that there is help, and a better life.

The jail has a new jail commander and he is open minded and willing to listen. If you would like to try and help or are interested, his name is (New Commander) and you may call here or correspond with him or myself at (address of the jail).

Please help, meth is destroying everything.

Of course HE didn’t actually sign it that way, I did change the names of things to protect the identities of those involved, mainly me, because damn if I haven’t had enough of this shit.

So here is my response, which I may never actually send:

I am writing in response to (Narcissist)’s  letter stating that he is in jail on “trumped up” charges.  I would like the community to have a better idea of what these charges are, and how they personally affect me.  I will admit that (Narcissist) is a drug addict, and has been one for many years, but what he fails to mention in his letter is that he is also abusive, and manipulative.  During his drug-induced rages, and rages that were NOT drug induced, I fell victim to strangulation, confinement, and repeated abuse.  The “trumped up” charges he refers to are of the repeated threats against my life, the complete destruction of the front door of my home, threatening pictures, and the other many ways he continuously broke the protective order I was forced to have placed against him.

Because of (Narcissists) actions during this time, and after his “sober” date, I was forced to leave my job, my home and sell my vehicle. I was forced into hiding until he could be arrested, and even then, he still contacted me through letters from the jail. This was after he was arrested on stalking charges.  Stalking is a serious and horrific thing to live through, and carries a felony term.  (Narcissist)’s “trumped up” charges are for putting me in constant fear for my life, destroying the life I had at the time, and for being a habitual offender.

It is true that methamphetamine is an awful and serious drug and that it takes many lives.  I feel for anyone that has to live with this awful addiction, whether you are the addict, or close to the addict. It affects everyone it meets in devastating ways.  Luckily, many programs work to help break the cycle of addiction.  There are many programs in our community that do an excellent job of providing care, whether in a residential program or anonymous meetings.

It is also true, as one learns in recovery, that part of recovery is taking responsibility for one’s actions and making amends. I would like to point out that instead of taking responsibility for his actions, in any way, (Narcissist) is trying to play the victim role, once again.  And yes, he is a victim of addiction, but he is also a person that tortured another human being in horrific ways, and sober or not, he should have to answer for that. I commend him for telling his story to the community, and perhaps he does want people to get effective care that are currently serving time, but having been the victim of his abuse and constant manipulation I would bet he is trying to manipulate any jurors that may have to see the both of us in court.

Please let me move on with my life, Craughing. 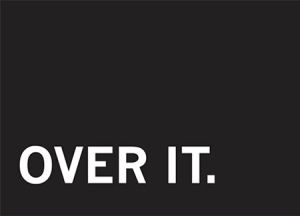 7 thoughts on “Letters from Hell”